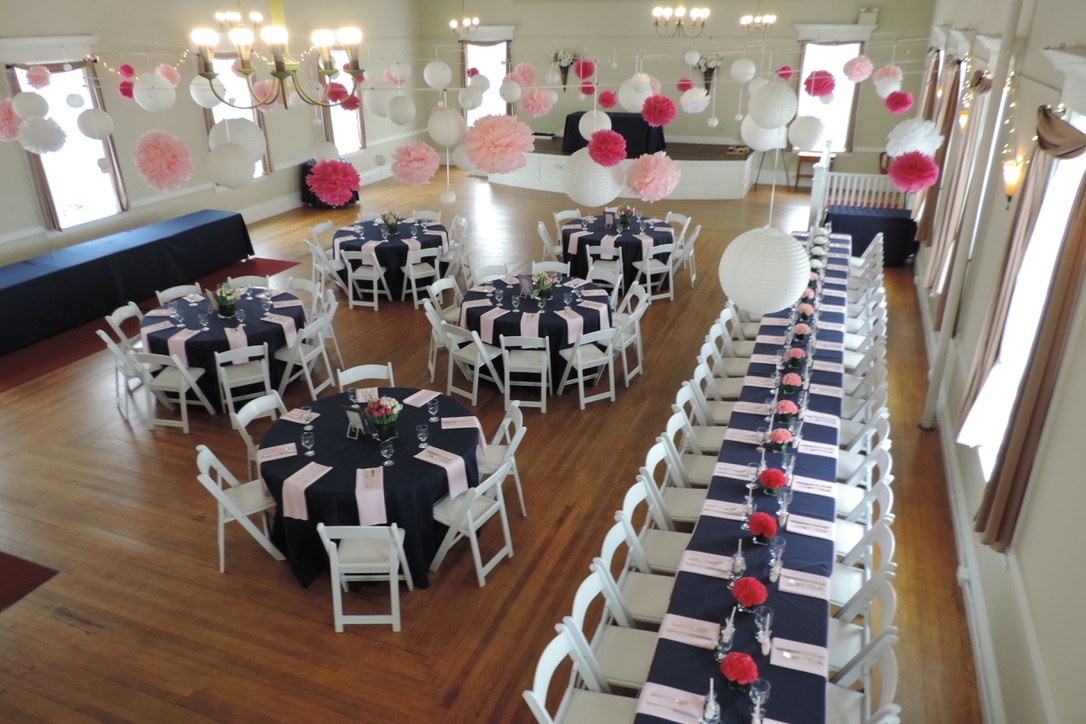 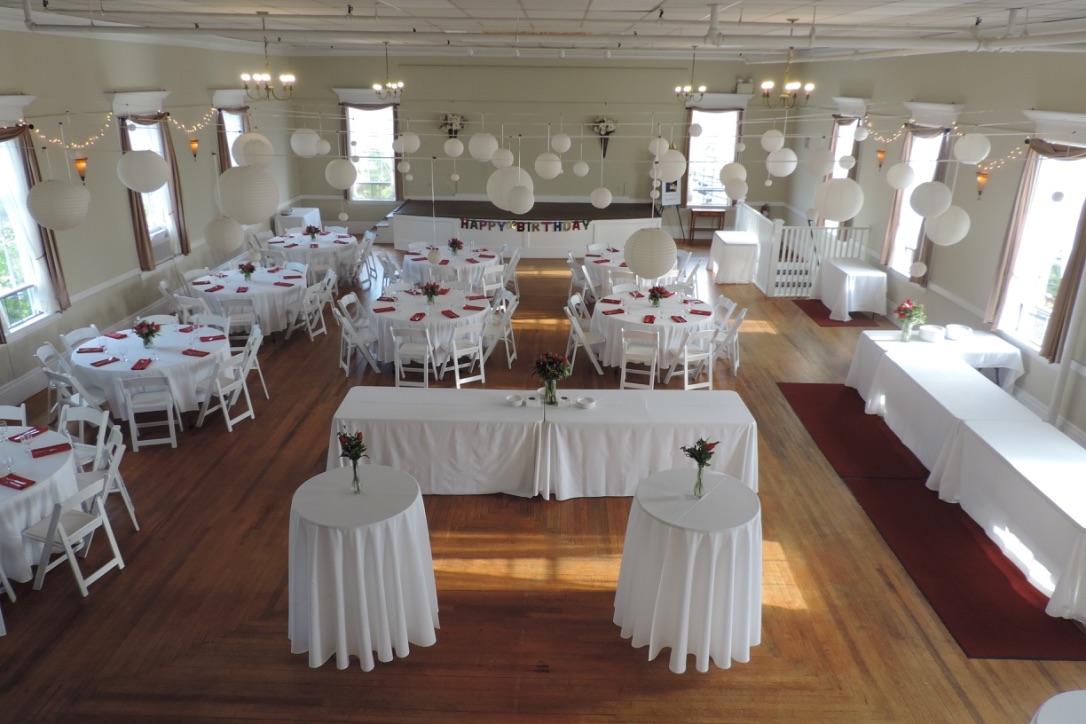 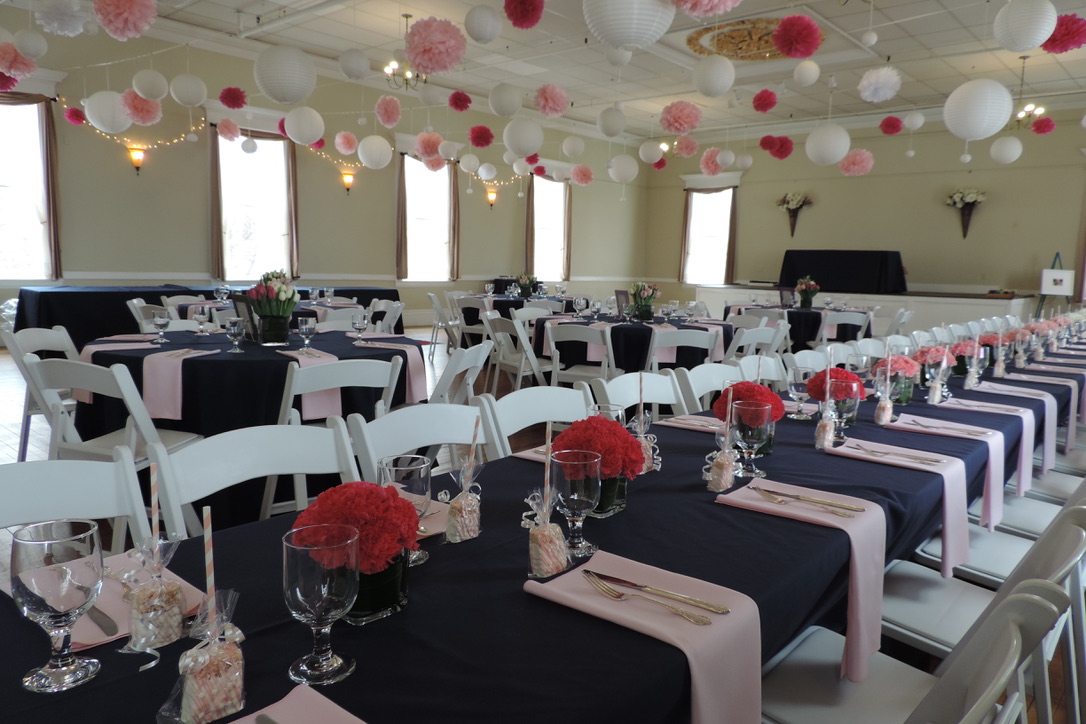 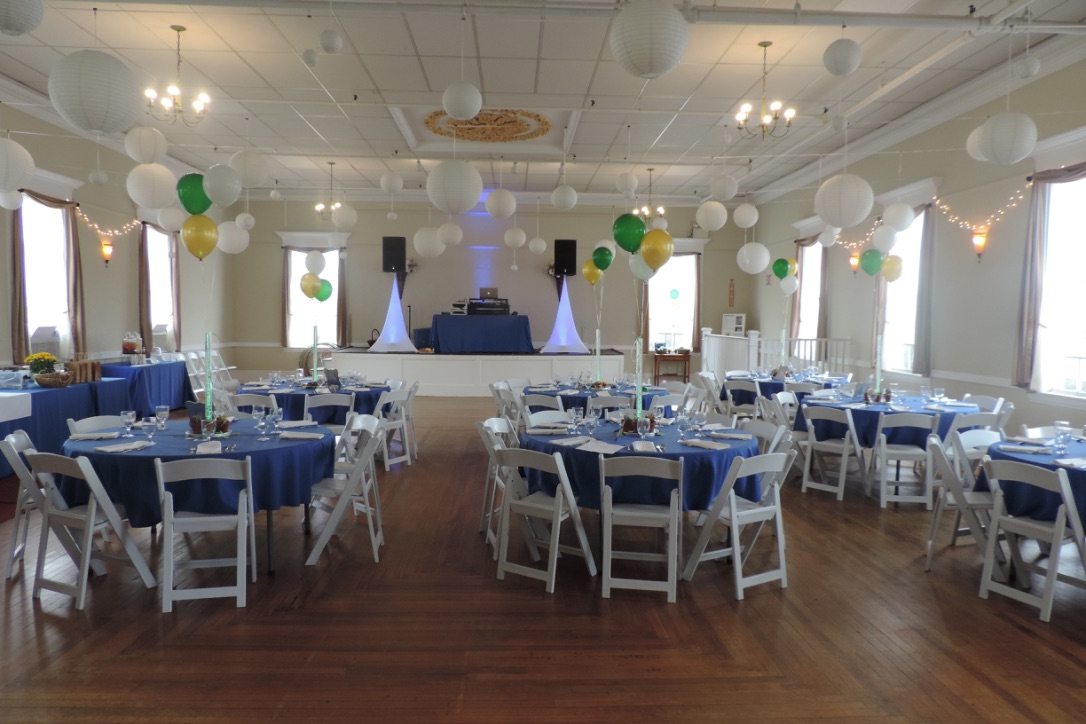 Exchange Hall, circa 1860, is listed on the National Register of Historic Places and is one of Acton’s most important buildings historically. Architecturally it is an elegant structure and elaborate example of Bracketed-Italianate architecture.

For over 150 years Exchange Hall has been a vital part of the economic and social life of Acton. Acton was a dancing town and the third floor ballroom was intended for community use. Beginning in 1860 annual balls, quadrilles, waltzes, and polkas were directed from the Hall’s dance floor. A spring dance floor was installed in the late 1800s. Dances were held at least two nights a week between 1920-1940.

The building is important for its role in South Acton’s increasingly prosperous mercantile activities of the 1860s and a social gathering place where country folk sought amusement in dancing, concerts, lectures, theatrical productions, and traveling shows in the Ballroom.

Exchange Hall provided a meetinghouse for South Acton’s first religious society from 1861-1878, and hosted lectures by Henry David Thoreau in the 1860s and Henry Ward Beecher in the 1870s. In the late 1880s it was the site of many visits of John “Honey Fitz” Fitzgerald, mayor of Boston, congressman and grandfather of President John F. Kennedy. Honey Fitz sang “Sweet Adeline” from the Hall stage on several occasions. He and Mary Josephine “Josie” Hannon, from Acton, were the parents of Rose Fitzgerald Kennedy.

The forerunner of the department store, Exchange Hall began as a large dry goods store. James Tuttle began trade in Acton on his own account in 1839. His brother Varnum joined him a few years later. In 1852 Elnathan Jones married James and Varnum’s sister Eliza and joined the business. Exchange Hall was built to provide the focal point for their group of stores, as well as retail and storage space for their dry goods and clothing, and furniture and home furnishings departments. Another partner, J.K.W. Wetherbee, having married a second Tuttle sister, joined in 1867 and the partnership became the firm of Tuttles, Jones, and Wetherbee Company. 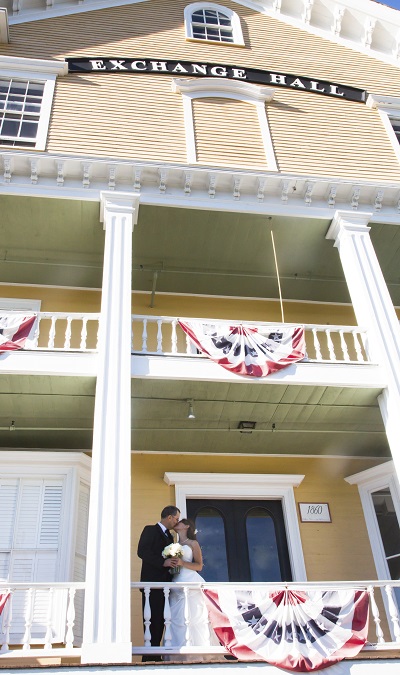